Scale Manufacturer
A supplier of scales to a major retailer had failed to take account of changes to legislation which meant that the scales supplied could not legally be used. The cost of replacing the scales supplied would have had serious financial implications for the business (a six figure sum).

Instead of insisting that the retailer replace or return the scales, Trading Standards Officers sought the agreement of the National Measurement Office and a National Enforcement group for a compromise which could be implemented at a vastly reduced cost to the scale supplier.

Food Hygiene Rating Scheme
Recognising that local restaurants have a key role in the local economy and in providing employment, Environmental Health Officers in St Albans looked to use the national food hygiene rating scheme to highlight good practice in local restaurants.

To support this, they offered free one to one consultancy sessions to their lowest rated food businesses. To ensure that the lessons from the training were well received, an external consultant was used rather than an Environmental Health Officer. The training sessions were a success and as a result significant improvements in hygiene ratings were given to those taking part.

Fire Safety & Access Roads
As part of an extension to an existing building, builders were planning to move a fire escape staircase at a cost of £10,000. During a visit to the premises, Fire Protection Officers put forward an alternative proposal that did not require a staircase, saving the whole £10,000 cost.

Similarly, officers received a request for advice from a local church in relation to the means of escape from a loft. Due to the unusual shape of the staircase enclosure from the loft, the church had been quoted around £20,000 for a bespoke staircase, which both fitted the stairwell and was building regulations compliant. After visiting the church, officers suggested an alternative approach which used an 'off the shelf' staircases saving the Church approximately £15,000.

As part of a new development for a major employer in the County, a developer was planning to build a 100m access road for use by fire appliances. After reviewing the plans and travel distances, Officers advised than an access road was not necessary. This resulted in significant savings.

Taxi Licensing
After receiving feedback from drivers about how difficult it is to keep up to date with changes to legal requirements, Licensing Officers in St Albans introduced a bi-annual newsletter to help drivers keep updated.

Licensing Officers have also worked hard to make life easier for drivers when their cars are off the road. Previously, the conditions of a taxi license didn't allow alternative vehicles, such as hire cars, to be used which meant drivers could lose income and customers whilst cars were being repaired. The Licensing & Regulatory Committee has now changed the license terms so that alternative vehicles can be used.

"Working closely with Trading Standards provided us with a platform of support that enabled us to successfully bring our products to market. Receiving the sign-off that you are fully compliant not only gives you, as a business, confidence, but also those buying your products. It’s reassuring to know that we are able to get back in touch with our designated officer at any point for quick and up-to-date advice." - Pawbakes (Hoddesdon) 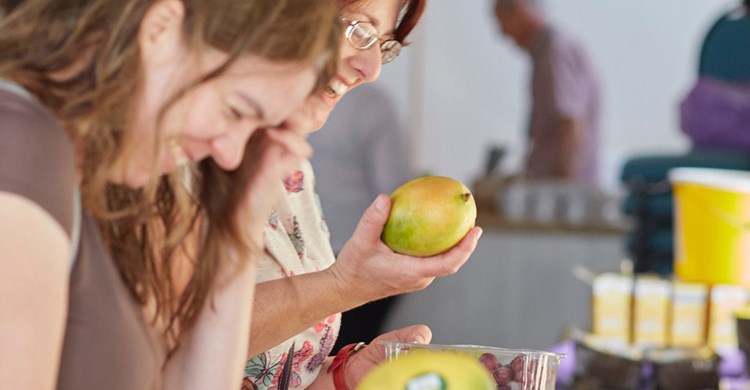 "We received practical advice, helpful tips and clear explanations of what was expected of us in terms of Food Safety and Hygiene. Our confidence gained immeasurably as a result and gave our community project a solid and secure foundation from which to grow." - Best Before Café (Letchworth Garden City)
"At Lucy Bee we work closely with our local Trading Standards under their Primary Authority scheme. This partnership means we receive quick, up to date advice and can always be assured that we remain compliant in all that we do. It’s a win win situation!" - Lucy Bee (Hertford)
Got a question?
Samuel Hudson is Programme Manager for Better Business For All.