Hertfordshire LEP has appointed Adrian Hawkins OBE as the incoming Chair taking over from Mark Bretton. Adrian brings a wealth of experience as a successful business leader and champion for skills development inspiring next generations and widening access for all.

Following a rigorous selection process at the end of 2022, the LEP Board ratified the recruitment panel’s decision to elect Adrian as the new Chair on the 8 December. As with previous appointments, a phased transition will now see Adrian assume roles and responsibilities ahead of the March LEP Board meeting at which the current Chair Mark Bretton will step down. Mark took over as Chair of the LEP Board in June 2016 becoming Chair of the LEP Network in September 2019.

Adrian was appointed independent Chairman of the Stevenage Development Board in March 2020. A lifelong advocate for Stevenage, Adrian led the Board on a funding bid from the Government’s Towns Fund, securing £38.5m - the highest contribution received anywhere in the country.

Adrian was appointed to the Hertfordshire LEP Board in 2014 and served as Deputy Chair from 2017 - 2020, completing a full six-year term. Adrian chairs the LEP’s Skills and Employment Board, has championed the delivery of the Hertfordshire Opportunities Portal (www.hopinto.co.uk) and, in collaboration with the University of Hertfordshire, introduced arrangements for the Degree Apprenticeship schemes and helped to deliver a voluntary network to provide support to businesses during the COVID pandemic.

Adrian is also the Chairman and Founder of biz4Biz, an organisation established to support business owners and leaders, as well as a patron of business clubs in the past, working alongside Hertfordshire MPs and Local Authorities and engaging with local business leaders.

In 1981, Adrian founded Weldability-Sif, which he grew from supplying one branded product in the UK, to many thousands internationally today. In March 2019 Weldability-Sif was acquired by Indutrade AB, a NASDAQ-listed corporation.

In recent years, Adrian has been a school and college Governor and Chairman of a multi-academy trust. In his tenure, Adrian established the Weldability-Sif Foundation, a charity that today supports more than 41 Welder-Training Studios across the UK, which have so far delivered 29,000+ welder qualifications. The foundation works alongside awarding bodies, incorporates the services of FE colleges and partners with businesses such as MakeUK and EDF, to address industrial skills pipelining for the UK workforce.

Congratulating Adrian on his appointment, Mark Bretton said: “Adrian is a big player in the local economy and will bring the drive, dynamism and determination required to lead the LEP over the next few years as it sets out a credible route to a brighter, fairer, and more sustainable future for our economy.

“It has been an absolute privilege to serve our county and indeed our country over the past eight years, and I wish Adrian every success as he takes over the helm. He inherits a fantastic team led by CEO Neil Hayes and a high-performing and highly regarded Board whose members give up their time voluntarily to ensure the Herts economy fires on all cylinders.”

Adrian Hawkins OBE said: “I am honoured to have been given this opportunity to chair the Hertfordshire LEP. Many will know already that I passionately believe in our county, its people, businesses, and institutions and giving back to our local communities.

“Inspire, ignite, innovate were the watchwords for the LEP’s 2022 Annual Conference. In 2023, I want to put those words in motion by getting out and about across the county to speak with businesses, large and small, educators, local leaders, MPs, the police, health and social care sectors, charities, and entrepreneurs to build a future we can all be proud of.”

Paying tribute Baroness Taylor OBE, the former Labour Leader, and Cllr Richard Henry, the new Labour Leader, Stevenage Group, who is set to become Stevenage Borough Council leader in January, said: “We would like to offer our congratulations to Adrian Hawkins on his appointment as Chair of the Hertfordshire Local Enterprise Partnership. He has made an outstanding commitment to our community, and we are sure he will continue to do so in his new role, for Stevenage and Hertfordshire more broadly.

“Adrian is passionate about Stevenage, creating jobs and skills opportunities for local people, and has shown real ambition for the future of our town. In his role with the Stevenage Development Board, he played a vital role in securing the highest award of funding in the country through the Government’s Towns Fund, at £38.5m. Adrian has also, through his significant efforts working in conjunction with the Council and a range of partner organisations, done much to help us realise the aspiration for Stevenage to be a national leader in life sciences, engineering and advanced manufacturing.”

Two other new LEP Board Members have also been appointed and will officially take up their positions in March. Emma Cameron, Corporate Partner at VWV specialising in mergers and acquisitions and corporate finance will take over from Nitin Dahad as SME Business Representative. Steve Woodcock, Chief Executive at B3Living, will take over from Tina Barnard, CEO, Watford Community Housing, as the Not-for-Profit Business Representative.

Mark Bretton said: “The calibre of all the candidates is a real credit to the LEP and each will bring their individual strengths and qualities to the Board. I would like to take this opportunity to thank my fellow Board Members who are also stepping down - Tina Barnard, Nitin Dahad, Cllr Linda Haysey and Baroness Taylor OBE of Stevenage - for their dedicated service.”

Over the next few months, the LEP will be undergoing a review as it seeks to have greater business representation on its boards, drawing from a diverse talent pool.

Adrian is a big player in the local economy and will bring the drive, dynamism and determination required to lead the LEP over the next few years as it sets out a credible route to a brighter, fairer, and more sustainable future for our economy. 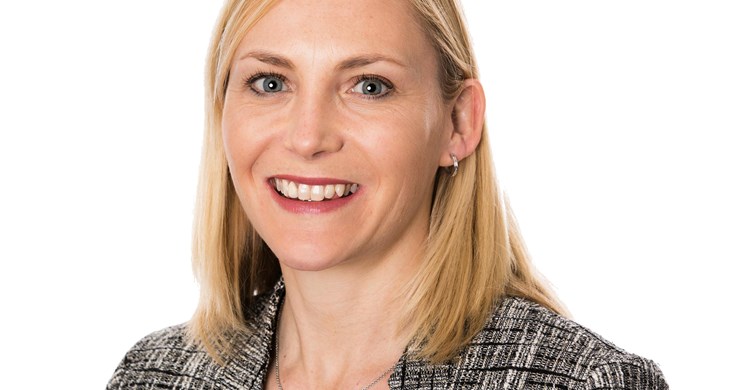 Adrian is a big player in the local economy and will bring the drive, dynamism and determination required to lead the LEP over the next few years as it sets out a credible route to a brighter, fairer, and more sustainable future for our economy.